Sunday morning I heard a few successive popping sounds in the hills above. Hunting season is on. There isn’t much game left in these whereabouts, but one wild animal there is a lot of is Sanglier, or boar. Given the density of the oak forests on these mountains, it’s not surprising. On a hike, we came across evidence of a passel, with earth rooted through and scattered in all directions. 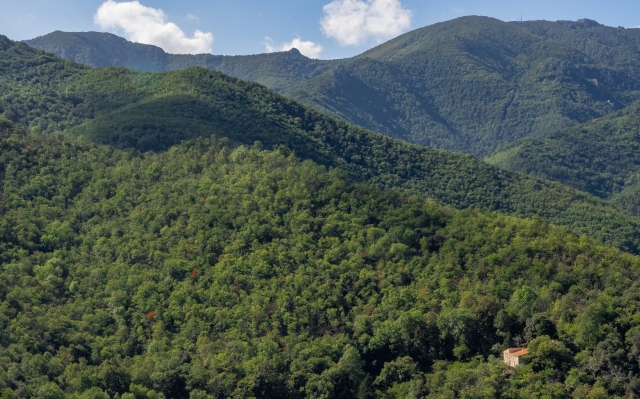 A hunter we spoke with said occasionally he hunts deer, too. And yesterday, on a short hike uphill through the forest, I spotted a female fox. Sadly, she moved too fast for me to catch her with my camera. 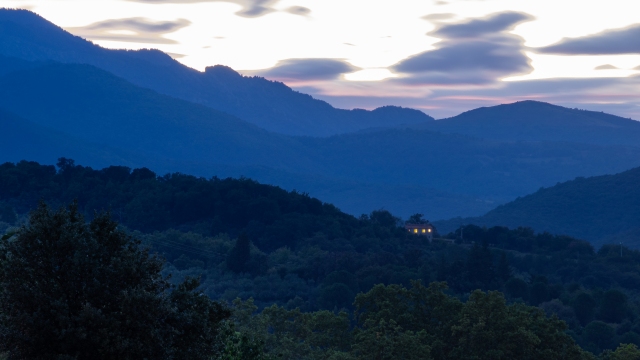 Along with the hunting, the official arrival of autumn means the temperatures are suddenly much cooler, in the 70s F/20s C, which makes October a fine time to visit. But fewer people do. Although Céret isn’t ever packed with tourists, I usually encounter them on my morning stroll through town. Today, however, I was alone in the Place des Neuf Jets taking photos, until an elderly local with her Yorkie sat down to watch and then engage me in pleasant conversation about growing up speaking Catalan.

I am curious about what life is like here once the “season” is over. I note more cultural events on the city calendar, restaurant menus changing, some restaurants closing until next spring, espadrilles being replaced by sweaters in shop windows.

There are many fêtes of a Catalan flavor throughout the year, on religious holidays like Christmas with its chestnut specialities and the musical Procession at Easter, and the traditional folk festivals like the Feria Toriste (bull festival), which, sadly, includes a bull fight. Not even Barcelona holds bull fights any longer, but Céret is a holdout on that odious tradition. In May, a festival celebrates the new cherry crop (I’ve been making a delectable Kir Céretan, in which the fruity ingredient is local cherry syrup).

But we will be elsewhere. It’s hard to believe a month has passed, and that the whole, fabulous, four-month summer is nearly over, and that we’ll be back in Nice soon. I’ll make the mental switch to urban living, which has its pluses: movie theaters, high speed wifi, ethnic food, book clubs, and lots of café time with friends. 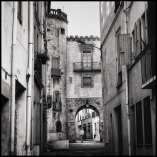 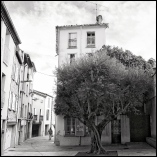 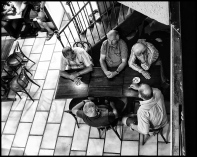 At the Grand Café, Céret

I spend as much time as possible pursuing my interests in global culture, photography, arts and politics.
View all posts by kmazz →
This entry was posted in Céret, expat life, France, Occitanie, Pays Catalan, Pyrénées Orientales, Travel. Bookmark the permalink.