You can’t be in Rennes long before you notice all the construction. Whether you enter by the train station, which is undergoing a major expansion and renovation, complete with green space for passengers awaiting departure, or by the airport, where a second metro line under construction will have a terminus, the works underway impress. Driving out of the city in any direction takes one past big apartment blocks and more going up. For the most part, they’re not bad-looking.

In the center, new public spaces and renovation of public buildings are underway. Several squares are currently under re-design, with more to come. The Place du Champs Jaquet (that’s a statue of the mayor during the French Revolution, tearing up  a list of people destined for the guillotine) will probably lose its bus traffic in its new incarnation.

Rennes will probably have a summer beach on the banks of the Vilaine river, Paris Plage-style, by 2020. The central market will be transformed according to the model of the Time Out market in Lisbon or Eataly in Turin. There will be more fountains and trees, pedestrianized zones and cycle paths.  For a city already with fine parks, there will be even more, and different varieties. The plan is to activate the city artfully at night, too, with the help of installations by designers.

It’s all part of Rennes 2030, a re-imagining of the future of the city.

I don’t know how much of the urban planning underway takes its cues from other cities, and how much is original. But I am impressed with the strategy, creativity and intention of the program created to involve the citizens of Rennes. It has three phases over the course of five months with “urban cafés” (I think those are like the USA’s town halls), city walks with a planner, digital platforms and a diversity of other channels for citizens to choose as a means to make their opinions known. Today we were stopped by people in the central square with tablets taking surveys (we told them we weren’t eligible).

While the plan specifically addresses “le coeur de Rennes,” the “heart” of the city, infrastructure and building works are being designed to accommodate an increase in population around the center and into the suburbs.  What are the best French cities to invest in? Rennes is near the very top of the list.

I don’t see where the mayor, Nathalie Appéré, has a plan to address the problems common to cities that also plague Rennes, such as homelessness, but maybe I haven’t found it. I don’t doubt she’s given them some thought. 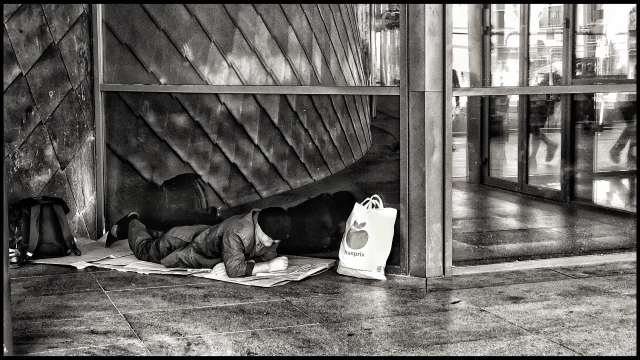 I, for one, am looking forward to the conclusions of the Coeur de Rennes program in early 2019.

I spend as much time as possible pursuing my interests in global culture, photography, arts and politics.
View all posts by kmazz →
This entry was posted in Brittany, expat, France, Rennes, urban planning. Bookmark the permalink.