A citizenship for the Internet age? 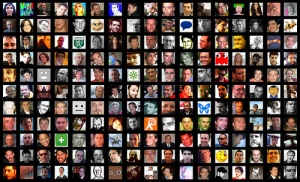 I’ve been reading Jeff Jarvis’ “What Would Google Do?” on the open and closed opportunities offered by the Internet.  For anyone who’s been watching the spread of search, Facebook, Twitter and all these powerful kill-the-intermediary communication tools, the book won’t carry any surprises. But it is great at describing how disruptive Web 2.0 communications has been and will continue to be.

Not only has high speed Internet dis-intermediated anything and any one who stands in the way of direct communications, it has created network behavior.  This is a totally new 21st century phenomenon and it makes all kinds of things newly possible for individuals and groups. It has relegated a lot of professions to the past, but given rise to new jobs and specialties. It helped elect the last U.S. president.  It is replacing traditional newspapers and magazines.  It has created the expectation among Internet users — which is now most people in the U.S. and Western countries — that issues of big import will take citizens’ views into account. (Note to Obama: Better early in the process than after the fact, as in budget campaign.)

But what is frustrating is how even after all this disruption few industries get it.

Education.  Why do we have a 20th century system where students show up daily at a given place and time and sit in groups segmented by age and grade, following teachers who are in command mode attempting to teach in style and content from and outdated playbook? You wouldn’t even need vouchers if this system was modernized and chances are we’d have better educated kids.
Government. Why wasn’t the Obama budget online before the vote took place? And why can’t we have members of Congress who really know what Twitter is for?
Entertainment. Why can’t I customize my TV content? Until I can it’s not Comcastic at all.
Law enforcement: A Canadian student alerted a rural UK police station of an impending school massacre, which was then averted. Why didn’t Scotland Yard catch this? Why don’t police bureaus connect better with communities?
News media: Stop the presses already.

One could go on.  There is no sector spared in the disruptions going on and to come.  So shouldn’t that include not only how we consume data, services and products, but also how we behave as citizens?

Observing my daughter’s elementary through high school curriculum I could not help but wonder what happened to civics instruction.  Ok, it was boring back when I was in school, but necessary. And today the subject is fraught with dynamism.  Hey, I’d enjoy taking a class made relevant by incorporating current events.

Because since election 2008 we’re mobilized, we’re organized by interest groups and we’re experienced in the power of taking action through the Internet.  I’d love for us to keep it up.

I spend as much time as possible pursuing my interests in global culture, photography, arts and politics.
View all posts by kmazz →
This entry was posted in Uncategorized and tagged citizenship, civics, Google, Jeff Jarvis. Bookmark the permalink.